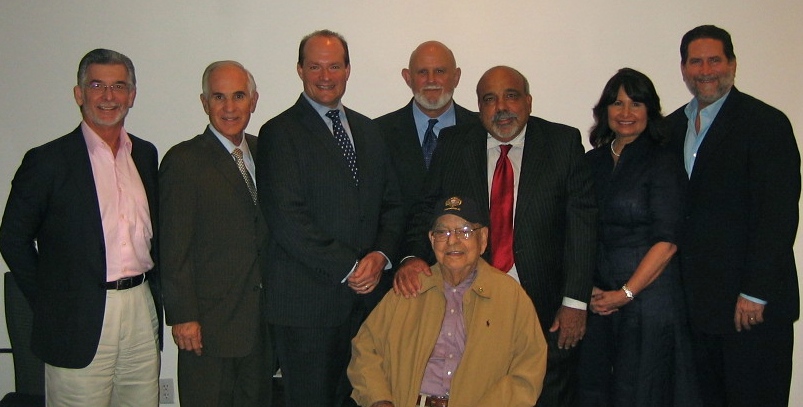 THE VISION TO BUILD THE CUBAN EXILE HISTORY MUSEUM
The dream was born from the establishment of the Bay of Pigs Museum & Library, spearheaded by Gene Miranda, a veteran of the Bay of Pigs invasion. Gene realized the veterans were aging and that the story deserved to be told and preserved for future generations.
As the scope of the project evolved into a more expanded narrative of the cuban exile story, Parcel B, 2.7 acre, waterfront site located next to the American Airlines Arena, became our desired site for the museum.  On July 17, 2014, the Miami Dade County Commissioners approved a resolution to commence negotiations for CHEM to build the museum on parcel B.

William D. Muir-Celorio
President, Bill Muir is a veteran of the Bay of Pigs Invasion and US Vietnam Veteran. Bill worked in Miami 36 years as a Systems Consultant, the last 26 years as President of Muir & Associates, specializing in the “Premium Finance” and “Import/Export” industries. After retiring, Bill worked with the Bay of Pigs Museum & Library as Executive Director.

Nicolas J. Gutierrez, Jr.
Secretary.
Mr. Gutiérrez concentrates his practice in providing legal counsel to international clients for inbound and outbound business transactions, with an emphasis on Latin America. Mr. Gutiérrez received an “A-V” rating from Martindale Hubbell, which is the highest professional distinction obtainable by attorneys. Mr. Gutiérrez has been listed: among the “Top Lawyers in South Florida. He is a graduate of the University of Miami and received his law degree from Georgetown University Law Center.

Robert Chisholm
Robert is President of R. E. Chisholm Architects, Inc. Previously he served as Lead Principal Planner for Miami Metro Dade County Office of Community and Economic Development Coordination. He has experience in the programming, planning, design, and construction of a wide range of public and private facilities projects. An award winning architect and registered interior designer he has a Bachelors Degree in architecture from University of Florida and a Masters Degree in Urban Design from the University of Miami.

Pedro G. Hernandez
Treasurer.
Pedro is currently employed by AECOM, a national multidiscipline engineering consulting firm. Mr. Hernandez acts as VP/Client Service manager in the Miami Dade area. Pedro was a former Chief Administrator/City Manager for the City of Miami as well as city manager of Miami Dade County, Mr. Hernandez worked for over 33 years, the last 8 in the County Manager’s Office, as an Assistant County Manager. He received his Bachelor of Science Degree from the University of Miami, majoring in Civil Engineering. He is registered as a Professional Engineer in the State of Florida. Prior

Maria Fernandez-Merritt
Maria worked for over 17 years in the advertising and marketing of residential communities as Marketing Director for Arvida Communities in Boca Raton, Florida, Marketing Consultant for Westinghouse Communities in Fort Myers, Florida as well as Marketing Director of Northside Realty in Atlanta, Georgia. She has won numerous awards from the Homebuilders Association in advertising. Maria has a Bachelor of Arts in Journalism from Florida Atlantic University.

Carlos A. Penin
Carlos, is the President and founder of C.A.P. Engineering, Inc. a privately held, minority-owned consulting firm. Mr. Penin’s professional history includes more than 30 years of direct project experience, managerial functions, and various government appointments to industry organizations such as the Miami-Dade Expressway Authority where he served on the Board of Directors and the Dade County Solid Waste Task Force. Mr. Penin holds a M.S. in Environmental and Urban Systems from Florida International University and B.S. in Civil Engineering and Construction Management from the University of Florida He served as the City Engineer for several municipalities